The Arduino M0 Pro board is equipped with Atmel Embedded Debugger (EDBG) for on-board debugging. EDBG is a composite USB device having three different interfaces : a debugger, a Virtual COM Port and a Data Gateway Interface (DGI). In conjunction with Atmel Studio, the EDBG debugger interface is able to program and debug the ATSAMD21G18A. On the board itself, there are two SWD interfaces : the first one is connected to the EDBG while the other is connected to ATSAMD21G18A. Since the on-board Virtual COM Port is connected to a UART port on the ATSAMD21G18A, it provides an easy way to communicate with the target application through a simple terminal software. Its features are variable baud rates, parity and stop bit settings. Please note that the settings on the target device UART must match the given settings in the terminal software. The DGI consists of several physical data interfaces to communicate with the host computer. Communication over the interfaces is bidirectional. It can be used to send events and values from the ATSAMD21G18A, or as a generic printf-style data channel. Traffic over the interfaces can be timestamped on the EDBG for a more accurate tracing of events. Note that timestamping imposes an overhead that reduces maximal throughput. The DGI uses a proprietary protocol, and is thus only compatible with Atmel Studio.

The EDBG controls two LEDs on the M0 Pro : a power and a status LED.

To properly write the bootloader of M0 PRO, you can use the programming port and the tool provided by ATMEL "AtmelStudio". Follow these steps: 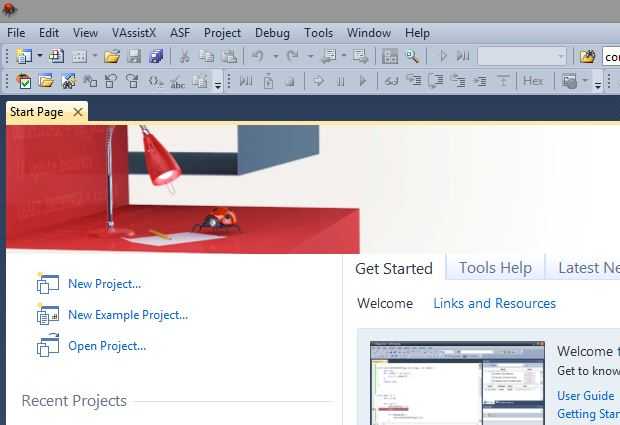 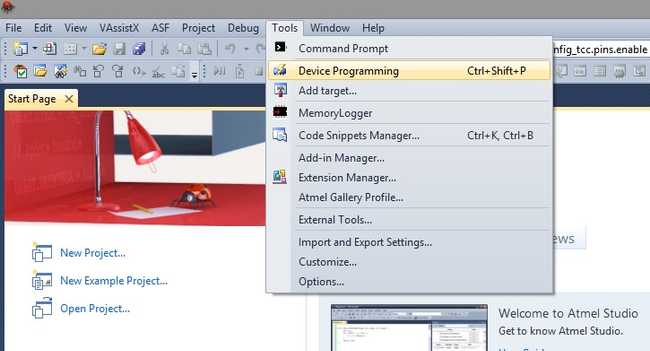 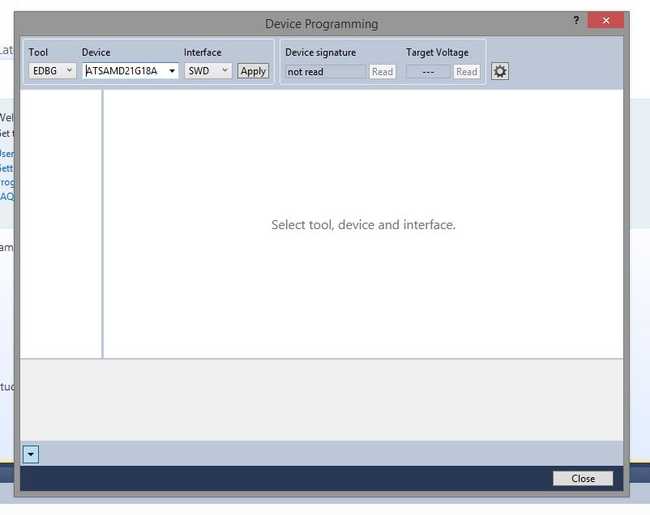 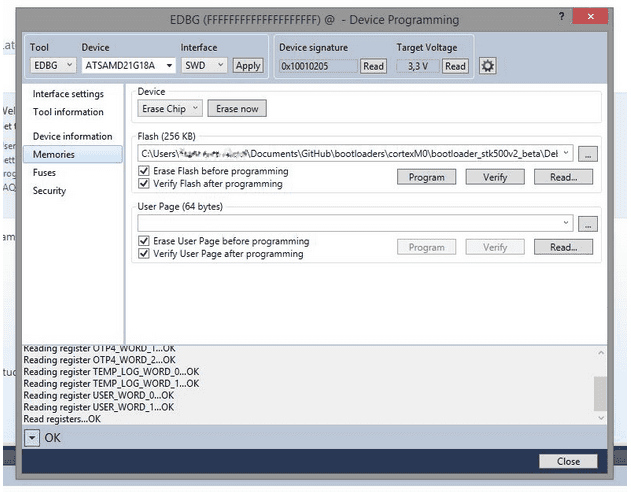 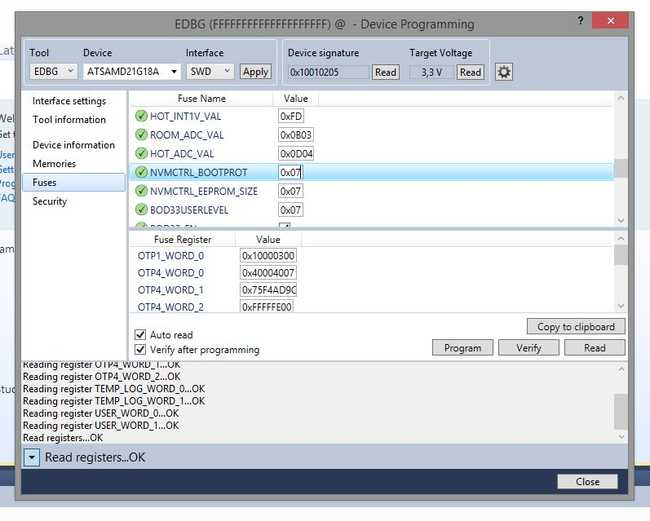 In this example we will be using Arduino Software (IDE) and Atmel Studio 6.

Creating the file needed for debugging

Launch the Arduino Software (IDE), open the blink.ino sketch and then select the Arduino M0 Pro (Programming Port) from the boards menu : 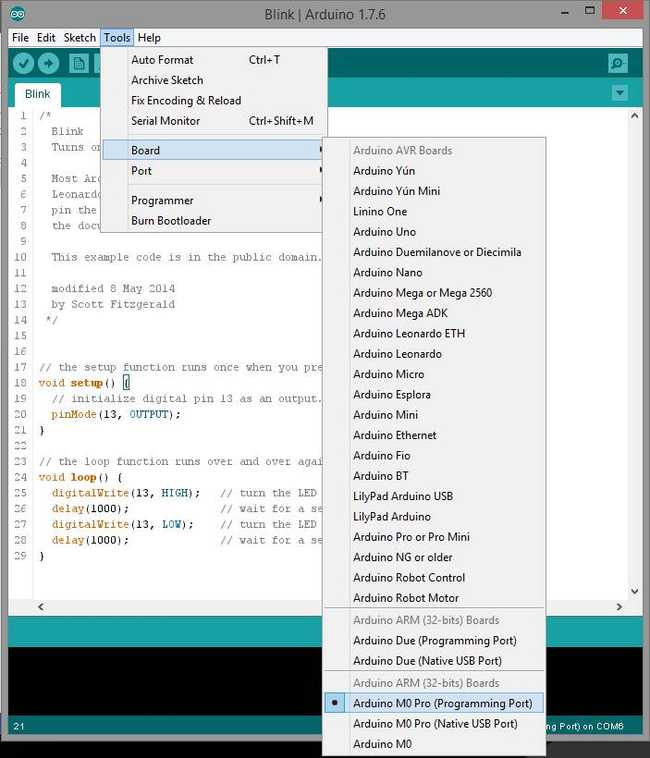 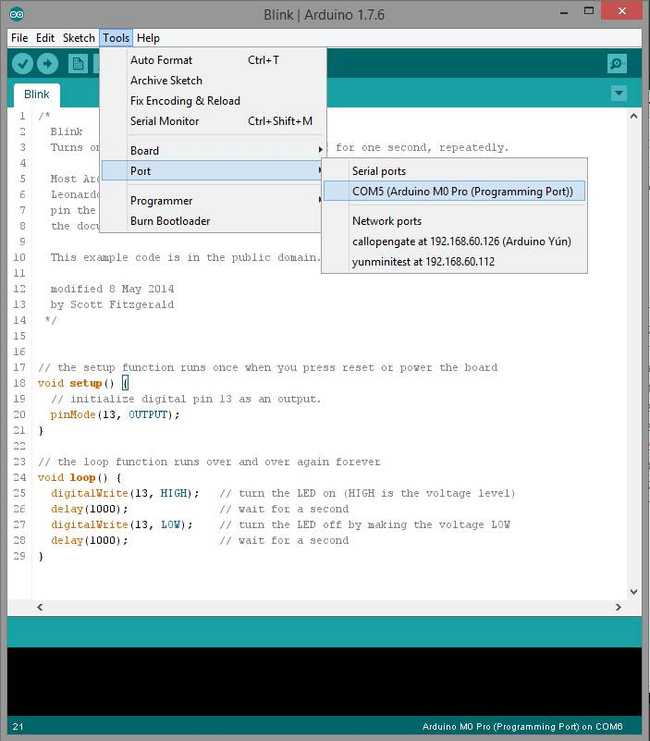 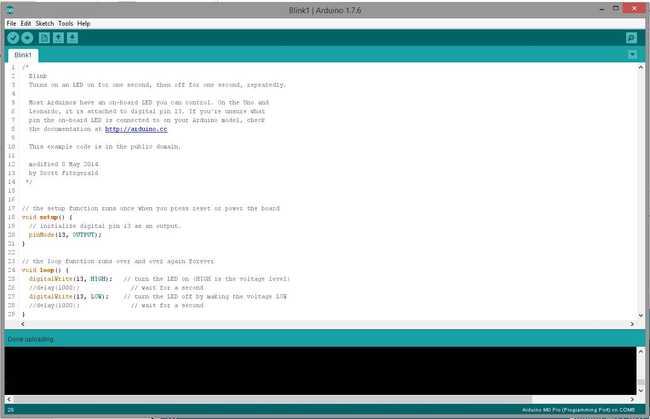 Use Atmel Studio 6 for debug 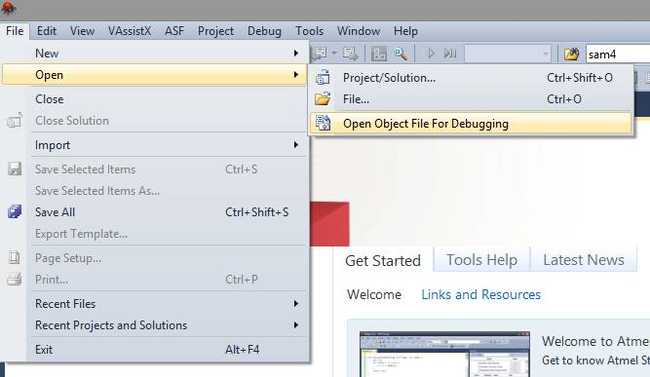 Select the file Blink1.cpp.elf in Object file To Debug, then click 'next' : 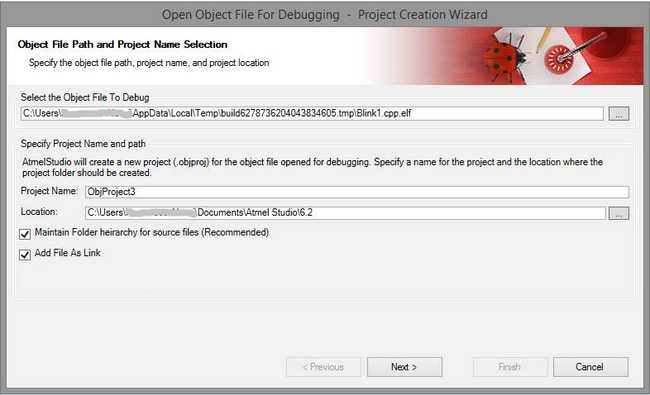 Choose SAMD21G18A, as shown in the next picture, and press 'finish' : 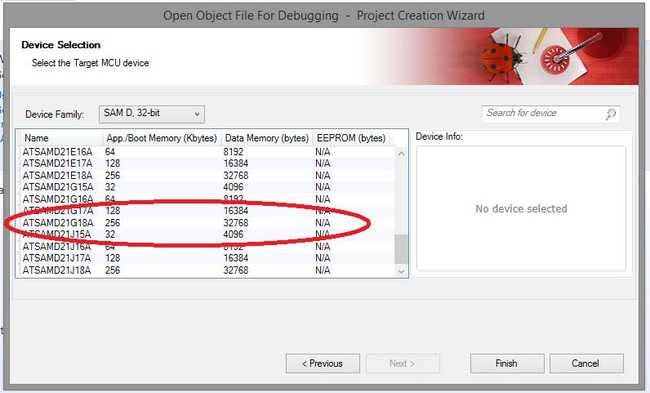 At this point, the "Remap Object Files To Disk Files" window will pop-up : 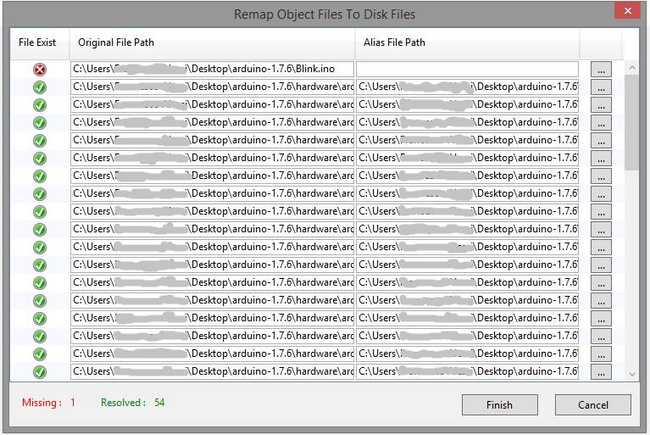 Select the three-point box in the same row of the Blink1.ino file:

and open the Blink1.ino file itself, then click on finish. Open now the Blink1.ino entry in the Solution Explorer workspace of the main window of Atmel Studio: 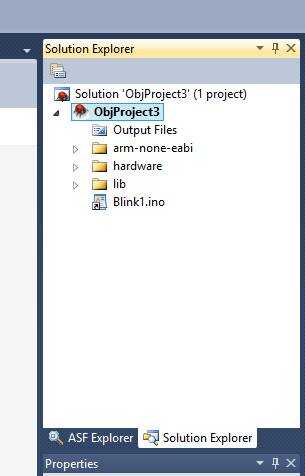 Click on the left side (the grayed out part) of the source code window to put a breakpoint (for example at row 25) in it: 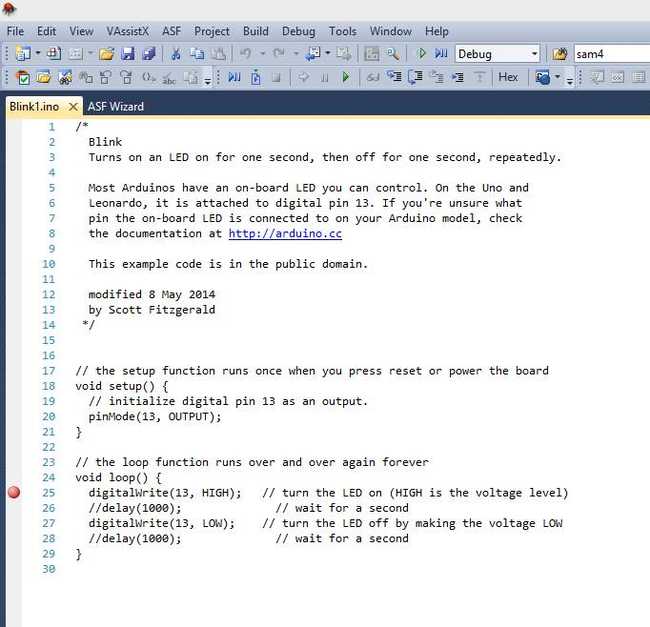 Press the play symbol in the top bar to start debugging: 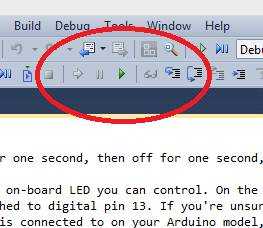 A window will pop-up asking you to choose the edbg debugger/programmer, press continue and then select the proper EDBG and SWD entries as shown in the image below: 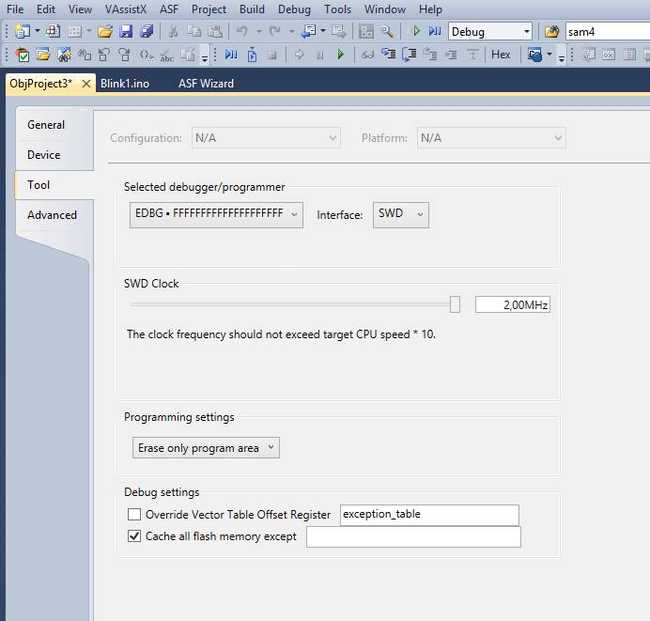 Press once again the play button and if required, update the edbg firmware entry and click play another time. Debugging will start and the code will stop at the breakpoint. You can go ahead in debugging by pressing F11 or F10. The software executes the next function or instruction, according to pressed key. Please pay attention at the code is executed on the board itself, this is why we commented out the two delay calls so to speed up the debugging example.

Go back to the Arduino M0 Pro getting started page.