Retired Products & Legacy Documentation
Getting Started with the Arduino ISP

Getting Started with the Arduino ISP

How to connect the Arduino ISP

Plug the Arduino ISP on the 6-pin ICSP connector of the Arduino board you want to program, as shown in the picture. 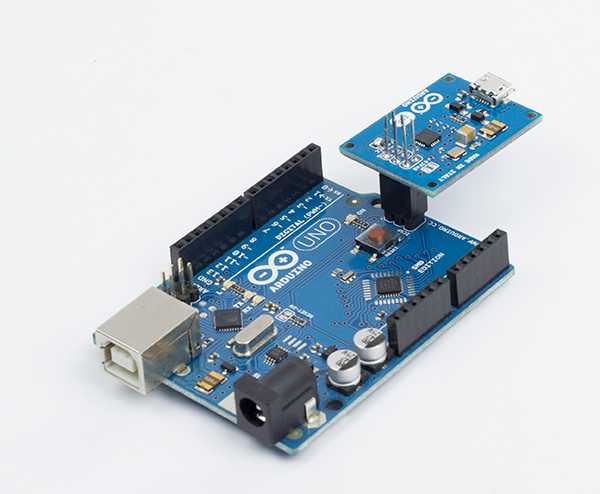 After you made all the connection you have to select the right programmer into the Arduino IDE like shown in the picture. 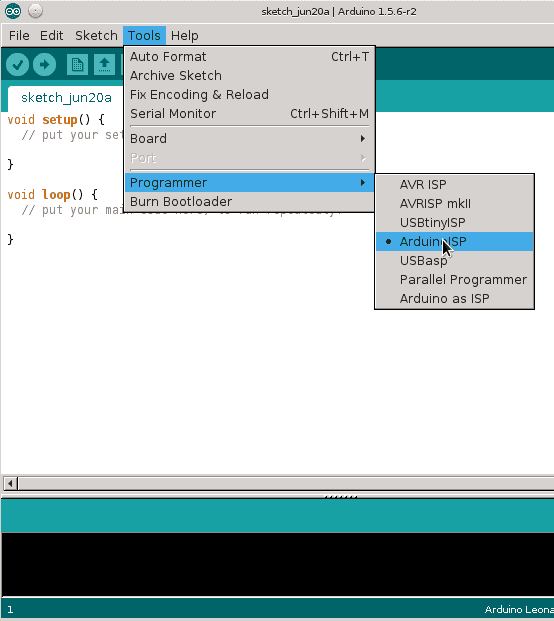 Burning the bootloader is an easy-to-go feature provided by the Arduino IDE. To upload the bootloader on your board just connect everything as described before and click on Burn bootloader in the Tools menu. 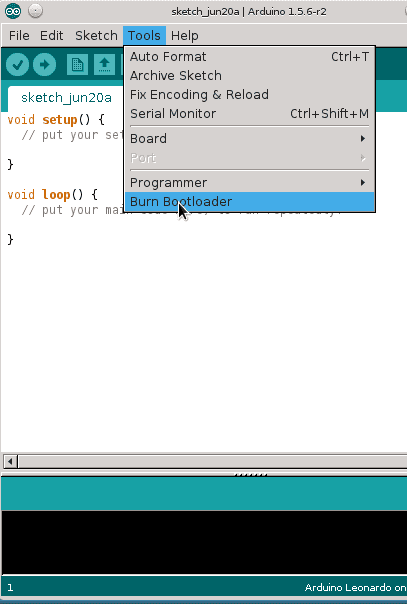 The Arduino ISP programmer can be also used to load sketches on the AVR-based Arduino boards or on other AVR microcontrollers supported by the Arduino software.

NOTE: Remember that if you overwrite the bootloader you won't be able to upload other sketches by clicking on the upload button in the Arduino IDE. If you want to use again your Arduino as before, you have to burn the bootloader first.

After you finished your sketch and everything is correctly setup, go on the File menu and click on Upload using Programmer. Alternatively, there is a keyboard shortcut. To upload using the programmer press the keys "CTRL+SHIFT+U". 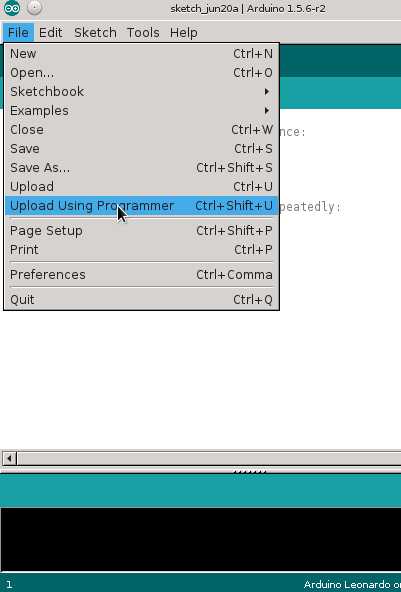 The Arduino ISP can be used to program fuse bits on ATmega microcontrollers. Programming fuses allows you to configure the internal peripherals and the behavior of the microntroller. For example you can choose the clock frequency, programming the watchdog timer and much more. This requires some experience and attention because setting these fuses in a wrong way may cause the microcontroller not working anymore, and recovering it may be very difficult.