Retired Products & Legacy Documentation
Getting Started with the Arduino Esplora

Getting Started with the Arduino Esplora

The Arduino Esplora is a device that has a tiny computer called a microcontroller, and a number of inputs and outputs. For inputs, there's a joystick, four buttons, a light sensor, a slider, a microphone, a temperature sensor, and an accelerometer. For outputs there's a buzzer and a three color LED. At first glance it looks like a videogame controller.

With the Esplora, you can write software that takes information from the inputs and use that to control the outputs on the board, or control your computer, just like a mouse or keyboard would.

The Esplora is different from all previous Arduino boards, in that it has inputs and outputs already connected to the board. This means that you don't need to know how to connect electronic sensors or actuators to use it as a result. As a result, programming for it is a bit different than for other Arduino boards. It has its own library that makes it easier to read from the input sensors and write to the output actuators. You'll see how to use the library in this guide and in the Esplora library reference pages as well.

Use your Arduino Esplora on the Arduino Web IDE

Use your Arduino Esplora on the Arduino Desktop IDE

If you want to program your Arduino Esplora while offline you need to install the Arduino Desktop IDE. 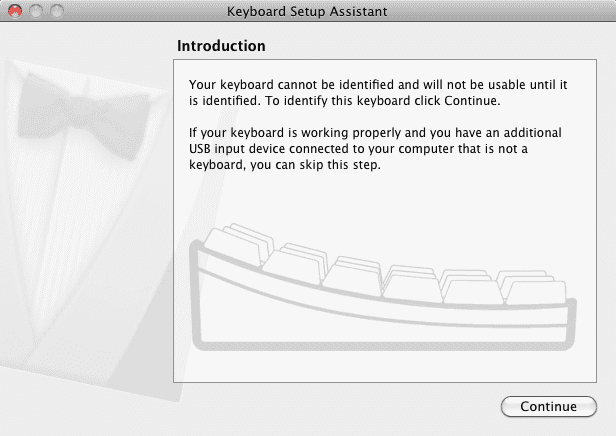 The following instructions are for Windows 7. They are valid also for Windows XP, with small differences in the dialog windows. 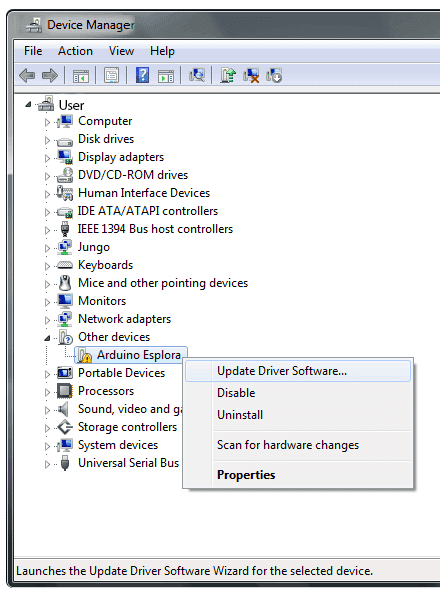 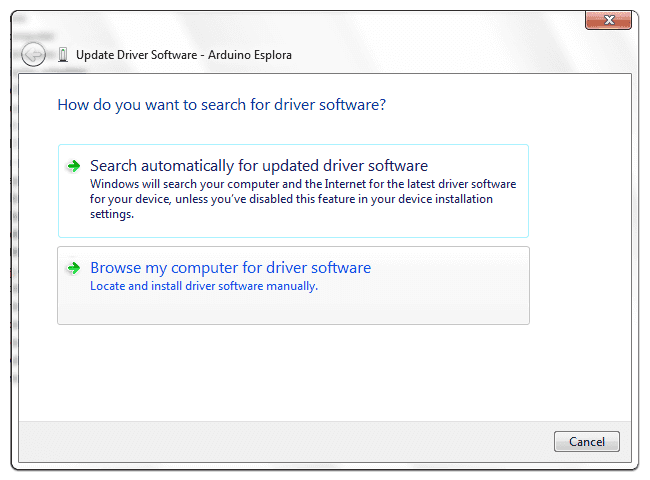 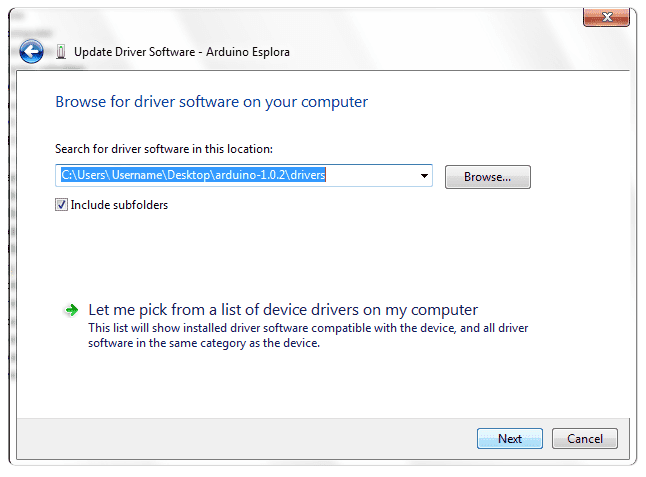 There is no need to install drivers for Ubuntu 12.04.

A few seconds after the upload finishes, you should see the yellow RGB LED on the board start to blink, changing color from red to green to blue to yellow to cyan to magenta to white. If it does, congratulations! You've gotten Esplora up and running.

The Esplora has input sensors, which you get information from using read commands, and output actuators, which you control using write commands using the specific library. The RGB LED and the buzzer are the two main output actuators. The joystick, linear potentiometer slider, microphone, accelerometer, temperature sensor, and pushbuttons are the input sensors. You can also add your own inputs and outputs using the TinkerKit input and output connectors.

Drive the onboard RGB LED

In this example, you'll get the RGB LED to blink each of its colors once, then all three at the same time. The Esplora library, included at the beginning of the sketch, has a number of methods that will simplify the code you need to use.

The sketch below is similar to the EsploraBlink example, but controls the LED in a slightly different way. You can either use the Esplora.writeRGB() command, and give it red, green, and blue values like so:

Copy the code below, and paste it into the Arduino IDE. Make sure you have the right serial port and the Esplora board selected, as you did previously. Plug your board in and upload the code. Once it is uploaded, you should see the RGB LED flashing.

The Esplora has a number of sensors right on its surface. In this example, you'll use the linear potentiometer (the slider at the bottom of the board) to change the brightness of the RGB LED.

Inputs on the Esplora give you values between 0 and 1023, except the pushbuttons, which give you 0 or 1. Outputs don't have the same range, however. The LED output ranges from 0 to 255. To get the value from the input to scale to the value for the output, you'll divide the input by 4. This new number will be the brightness level of the LED.

Copy the code below, and upload it as you did the previous examples. Once uploaded, move the slider back and forth. You should see the Red LED change its brightness.

There are a number of example sketches in the File -> Examples -> Esplora that show you more of what you can do with your Esplora. They're divided into examples for programming Beginners or Experts. If you're just getting started in programming, or you want to see how to use one input or output at a time, start with the Beginners examples. If you're an experienced programmer, then the Advanced examples will give you some more ideas.

If you've never programmed before at all, there are more examples included with the IDE to show you some of the basic programming structures. Note that these examples will need to be modified a bit to work with the Esplora, however. You'll need to include the Esplora library by choosing Import Library... -> Esplora from the Tools menu, and you'll need to change the general Arduino inputs and outputs for the Esplora inputs and outputs. For more on this, see the Guide to using Esplora with the Arduino Examples

If you have problems, please see the troubleshooting suggestions.