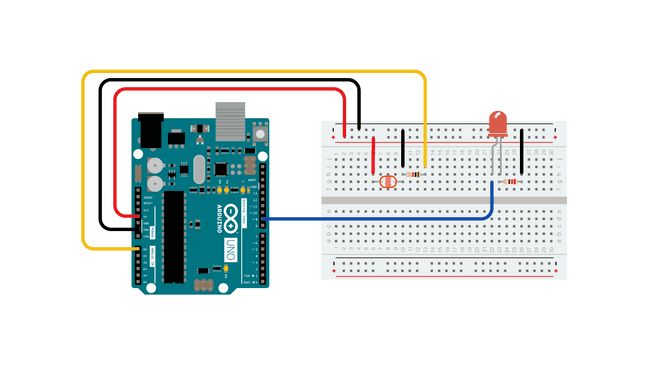 Connect an LED to digital pin 9 with a 220 ohm current limiting resistor in series. Connect a photoresistor to 5V and then to analog pin 0 with a 10K ohm resistor to ground. 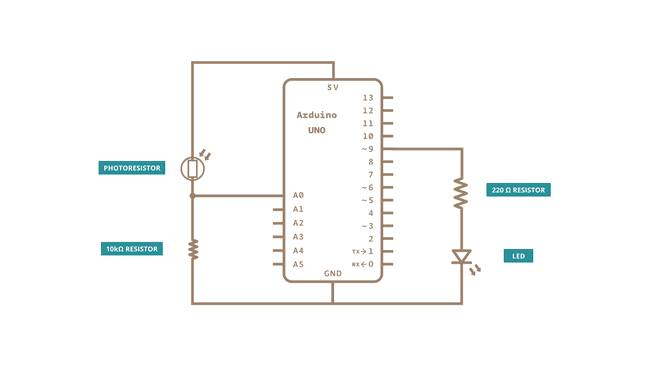 Before the setup, you set initial values for the minimum and maximum like so:

This way, any further readings you take can be mapped to the range between this minimum and maximum like so: